When I reached out Simon about doing this session, he was so kind that he just gave me his available date straightaway and we booked in 2 weeks time.

It’s incredibly kind of you to ask, I’d love to pair up on a testing tour session with you. It’s not something I’ve done before and I’m super curious to learn from the experience and from you.

We started off our session with lot of energy and excitement and the first thing we discussed about was about testing community. Then I asked Simon, how and when does he integrates exploratory sessions and how does he plan for it. And I shared that I sometimes use mindmap as well to take notes during each session and then add all this information to the ticket. The reason why I add information to the ticket is not as a proof or something, but to help us reflect/revisit our testing approach. Simon translated this very well -

Then Simon ran ran through an example of exploratory testing notes for an exploratory session : "Explore Lean Coffee Table, cross-browser, to learn about sharing a board". 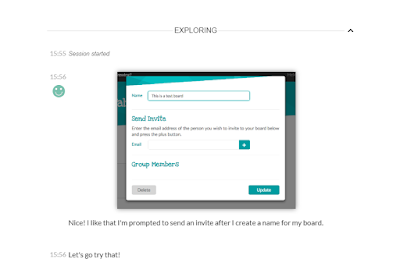 Then Simon mentioned that we always need to think first about what value does the product need to provide to the users, what are the potential risks that might come up, what questions do we have to come up with to identify those risks and then taking those questions and turning them into tests. This for me was #VRQ - Value, Risks, Questions.

Then after a long interesting discussion we decided to explore the product I'm working on. Zoom was great to share the screen and then I started to give some context about my product. Simon asked me how did I approached to understand this product when I was new to this. Initially it was difficult to go through the documentation and then explore the product because I was completely new to this domain. Our product is called Mia platform  which is a cloud platform that automates the accounts receivable life cycle which delivers greater efficiency, accuracy, visibility and cost savings for companies.

Then I shared with Simon that , I started to pair with project managers/product owners who were very close to the product and the users/clients to understand how it used.  I then reflected back on what Simon mentioned about asking questions to understand risks on one of the functionality of our product. 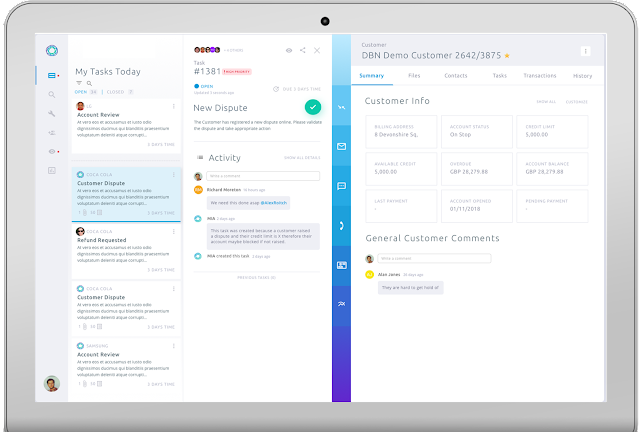 It was really interesting to share and discuss different approaches while testing. Here is the video which Simon shared  about - Exploratory testing  - Risks and questions and a handy note taking template .

We could have really continued for another hour or so if we have not had this technical difficulties. Simon did mention that he would be happy to collaborate again which was awesome. Thanks to Simon for sharing all the valuable information and being part of my #TestingTour.

Testing Tour Stop #7 : Pairing up on Restful-Booker-Platform with Niranjani

It was the time for my next #TestingTour stop number 7 with Niranjani where we paired up on restful booker app. There were few amazing things about my learning partner :


Had another session on my #TestingTour with @RanjaniRambles and paired up on restful booker. I have been trying to set up since long but never got it running. Thank you so much for this session @RanjaniRambles 😊🙏 pic.twitter.com/lyW84bxLQl
— Parveen (@Parveen_Khan10) January 15, 2020

We started off our session by cloning the restful-booker-platform from the github page and launched it in Eclipse IDE.

Next steps was to check based on the requirements, if I have Maven, Node, NPM and JDK installed and which versions did I had.

So first we checked if I had NPM installed and if its already installed which version it was by running the command -- npm -version from command prompt. I had 6.12.0 version installed which was the required version for restful-booker-platform.

Next I had to check if I had maven installed by executing - mvn -version from command prompt again and I had Apache Maven 3.6.3 version and the requirement for restful-booker-platform was 3.6.2 so that was fine.

Then I checked if I had Node installed and the version if its installed by executing - node -v from command prompt. I had v12.13.0 which was as per the requirements.

Now next step was to check Java and JDK , we faced lot of challenges here when we were trying to set this up as I had windows and Niranjani was used to Mac. It's weird that even the most common and simple thing gets challenging when we are trying really hard to complete something 😁
After all those challenges we were able to set up all the requirements Yay!!
As I my laptop was running java version 8 we then went into pom.xml file of each service and changed the version for each of them to 8 and saved the changes to ensure the target version is 8.

Now next we were set to build the and check if its successfull so we executed the command build_locally.cmd . We had some failures here in fact it took quiet a lot of our time in trying to figure where the issue was and then trying to resolve it. Then we went back into each folder for each service and made sure the pom.xml had been changed to version 8 and all the changes had been saved.
Then finally the build was successful and next we executed the command - run_locally.cmd. And this is what we were able to view on - http://localhost:8080/
We also tried to run end to end tests before the time was up for our session.

It was really to great to pair with Niranjani to do this session. As I mentioned earlier if anyone is interested to pair with me or Niranjani as she as well is on her #TestingTour please reach out on twitter.

I had my sixth session with Johnicholas who is a programmer from New York who approached me to be part of my #TestingTour so I was really looking forward for our session.

Had the sixth session on my #TestingTour with @Johnicholas. We did strong style pairing 💪 to add some tests on the Roman Numerals kata, with Gauge. Thanks for the session @Johnicholas 🙏🙂
— Parveen (@Parveen_Khan10) January 7, 2020

We started off our session by introducing each other and sharing our interests. Johnicholas introduced me a new tool Yayy!! Glitch. This tool is used for coding which is like working together on Google Docs where multiple people can work on the same project at the time. Wow there's no need of any setup and we can see the changes live on the web as we type. Isn't it cool.

Then next step we decided to pick something to work on. Out of so many interesting options we picked Roman Numerals Kata with Gauge to try work on which was implemented using Javascript and Gauge was used for tests. We also decided that we will be using navigator and driver/strong style pairing for our session. Johnicholas became the navigator first and we started off by looking at the readme.md file to understand what it does. It was a simple application that converts a number into a Roman numeral.
Then it was time to switch role, now it was Johnicholas turns for being a driver and me being a navigator. We decided to check what tests have been already written by going to roman.md file. There were some tests already written to convert "1" to "I". Then I asked if we could write a test - convert "1" to "II" and run and see the results. This is how the results could look like :

We then decided to add some more tests and run. The most interesting part was that we dint use any timer tool to check the time to change the role but still we strictly followed shorter cycles while we were changing the role and it really worked very well.


Once we had this implementation code written we then added the tests to check if it works and converts 5 to V. We continued writing more tests and run to see if it does what it is expected to do. I was really enjoying using this Glitch tool as it was so easy to use.

It was such a great and interesting session and in fact we decided to pair again to collaborate on another project on Glitch.
Posted by Parveen Khan at January 21, 2020 No comments:

This is the first time I’m writing a blog post on reflecting back on a year. Its been a different year so I thought its good to look back and see what I have learned, what challenges did I tackle or face and what was new during the last year. I always end up in not appreciating or acknowledging myself on what I learned or achieved. So I thought it would be good to look back so I know what’s 2019 been like for me.

July 17th: A panel of leading testing practitioners @joecolantonio, @Parveen_Khan10, @siprior, and @lisacrispin will share their insights about traditional testing and quality processes and the pitfalls to avoid in tech transformations. https://t.co/pGJmWLA5PS
— mabl (@mablhq) July 8, 2019

Thank you everyone for helping me 😊💖🙏.I totally love this community.A very special and Biiig thanks to @DannyDainton for helping me find this job.A very super special thanks to @techgirl1908 🙏💖😊 for supporting and helping me.YASSSS, I accepted an offer and I got the job😊😎 https://t.co/4N4rWq1DyQ
— Parveen (@Parveen_Khan10) October 10, 2019

I was part of @lisihocke starting her #TestingTour and now similarly a part of @Parveen_Khan10 getting started with her #TestingTour. Learning without physical borders, pairing online, allows us all to learn from one another. pic.twitter.com/4t63G5bcKq
— Maaret Pyhäjärvi (@maaretp) December 8, 2019

Had the honor of participating in the #TestingTour journey of @Parveen_Khan10. What a great initiative. Kudos. https://t.co/inK2SwvUvZ
— Tariq M. King (@tariq_king) December 17, 2019 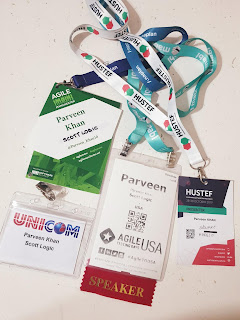